Vowels, Consonants in Marathi and their pronunciation

on May 08, 2012
In this lesson we will learn pronunciation of alphabets in Marathi


Friends, In the beginning we will write Marathi in English script. So as to enable you to read it, we will decide some conventions for it.
Note that in some cases there is some difference in pronunciation when capital letter is used in stead of small letter. e.g n/N ; t/T ; d/D

Go through it once. You may not remember all pronunciation now. But as and when you will use it in sentence, come back to these rule and check it. After few days you will remember it automatically.

Also I have mentioned Devanagari symbols. So later when we will start using Devanagari. you can refer this chart to get the sound for each symbol.

Lets start studying Marathi vowels. In Marathi, vowels are added to consonants. Most of them are easy to pronounce, ऋ is slightly challenging. Marathi vowels retain much of their original Sanskrit pronunciation making some of them different from their Hindi counterparts. A notable example is औ (au), pronounced as owl in Marathi but as Oxford in Hindi. ऑ (Ao) is a special vowel used for loan English words, and
is pronounced as in doctor.


Pronunciation of ऋ(Ru) is different in Hindi and Marathi.
In Hindi ऋ(Ru)  is pronounced as रि(ri). Where as in Marathi sound is similar to रु (ru).

Now lets us learn consonants in Marathi. Many Marathi consonants come in three different forms: aspirated, unaspirated and retroflex.
Aspiration means with a puff of air, and is the difference between the sound of the letter p in English pin (aspirated) and spit (unaspirated). Retroflex consonants, on the other hand, are not really found in English. They should be pronounced with the tongue tip curled back. Practice with a native speaker, or just pronounce as usual — you'll usually still get the message across.


Listen pronunciation of Consonants at
http://www.youtube.com/watch?v=AP5XVBjkgQg


Pronunciation of ज्ञ(dny) is different in Hindi and Marathi. Listen this difference at
https://soundcloud.com/kaushik-lele/pronunciation-of-dny-learn-marathi
or
http://www.youtube.com/watch?v=B7WZmQnV8P0 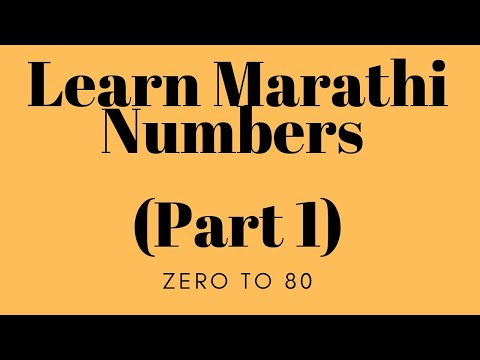 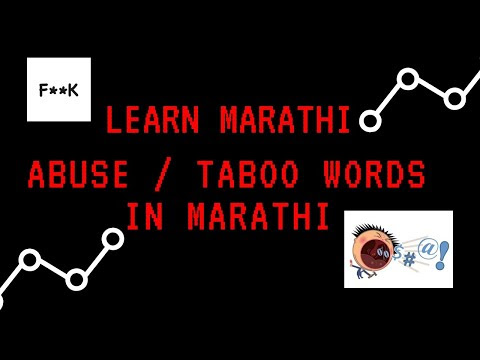 
Intention of this lesson is not to teach you Marathi शिव्या (shivyA) but to introduce you to them so that you can be aware not to use them and get alert if someone uses it.A native Indian will already know this because most of these words are common in Marathi, Hindi and other north Indian dialects.
So this lesson is intended more for non-Ind…

Interestingly even vegetables have different genders in Marathi. And as seen before their plural is different depending on gender and ending vowel.

Like any language, Marathi has many phrases. Learning phrases, idioms, sayings is advanced part of language learning process. Dictionaries & Thesaurus are ideal resources to learn them. So it is not possible to replace them by one or two blogposts. But it is surely possible introduce to phrases.

So in this lesson I am enlisting few phrases & peculiar sentences in which where senetence formation is different in Marathi compared to English. These were either discussed on facebook group or asked me over mail.
I will keep updating this lesson as and when I found a good candidate.

Please note that phrases are not translated literally their equivalents are given.
It is … 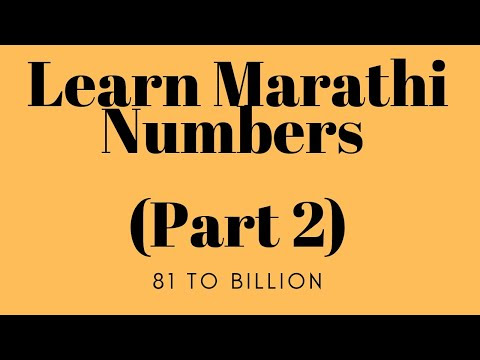 For numbers before 80 visit previous lesson 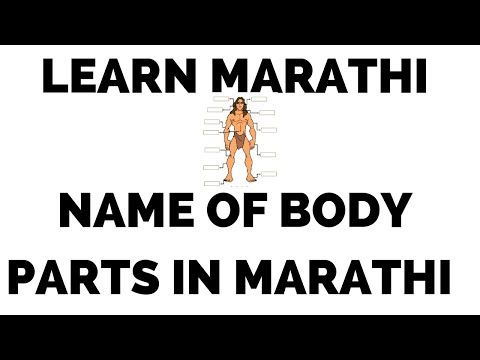 
Below I have listed parts of human body. Sequence is from top to bottom.

I have avoided listing those organs which are not referred in routine conversation.  For synonyms of other organs (especially internal organs) you will need to refer dictionary. But for general conversation below list will be sufficient as list contains 70 words.
English Marathi Transliteration Body शरीर sharIr Head डोके Doke   Brain मेंदू meMdU Hairs केस kes Face चेहरा